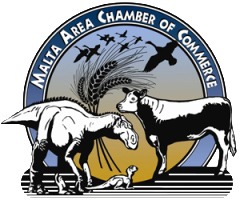 Malta has a rich history that can still be seen today.  Take a virtual tour of some of our historic buildings to get a glimpse into our past.  If you are from this area, or if it’s been many years since you visited, some of these pictures and memories may be all too familiar.  If you have not been out to visit us yet, this tour is a great preview. 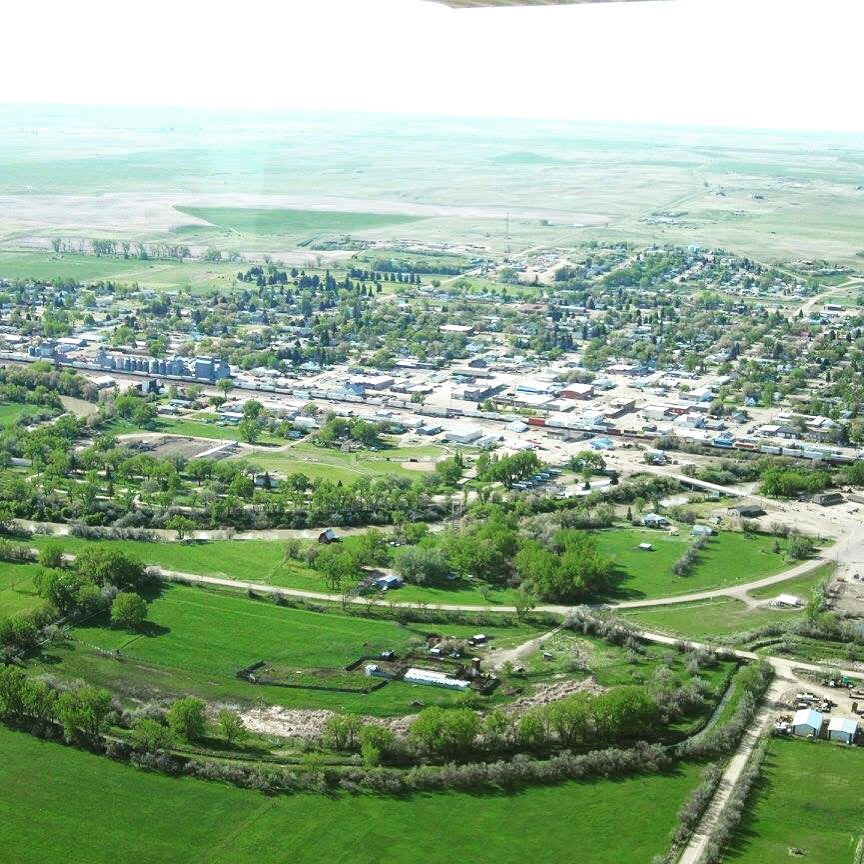 Hi Friends! Thanks for visiting!  We are in Malta MT where we’ve never met a stranger.  We are located on Montana’s hi-line stretching from North Dakota to Glacier Park.  Montana is known as the Treasure State or Big Sky Country because of our natural resources and wide open spaces.  Sit back and enjoy a tour of our town. 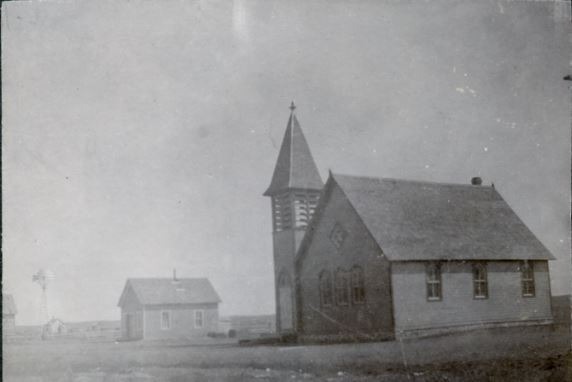 A traveling evangelist by the name of Van Orsdel or better known as “Brother Van” was the first formal religion provided to the town of Malta.  Brother Van would notify the local saloons of his upcoming “preaching” schedule.  In return the local pub proprietors would prepare their establishments for the prayer meeting by covering the bar with a sheet and lining up chairs.  At that time, the attendance included only cowboys, traveling men, sheepherders and railroad section hands as a respectable woman would not set foot in a tavern!

Located near Malta’s downtown shopping district is the original quaint Little White Church.  Malta entrepreneur Robert Trafton donated the land upon which Malta’s first church was raised in 1899 with a membership roll of seven men and twelve women. In 1900, Brother Van preached the dedication sermon   Each Sunday, the call to worship tolled throughout the community by means of pulling the belfry bell rope.  Over 100 years later The Little White Church belfry bell continues to ring in a welcome on Sunday mornings. 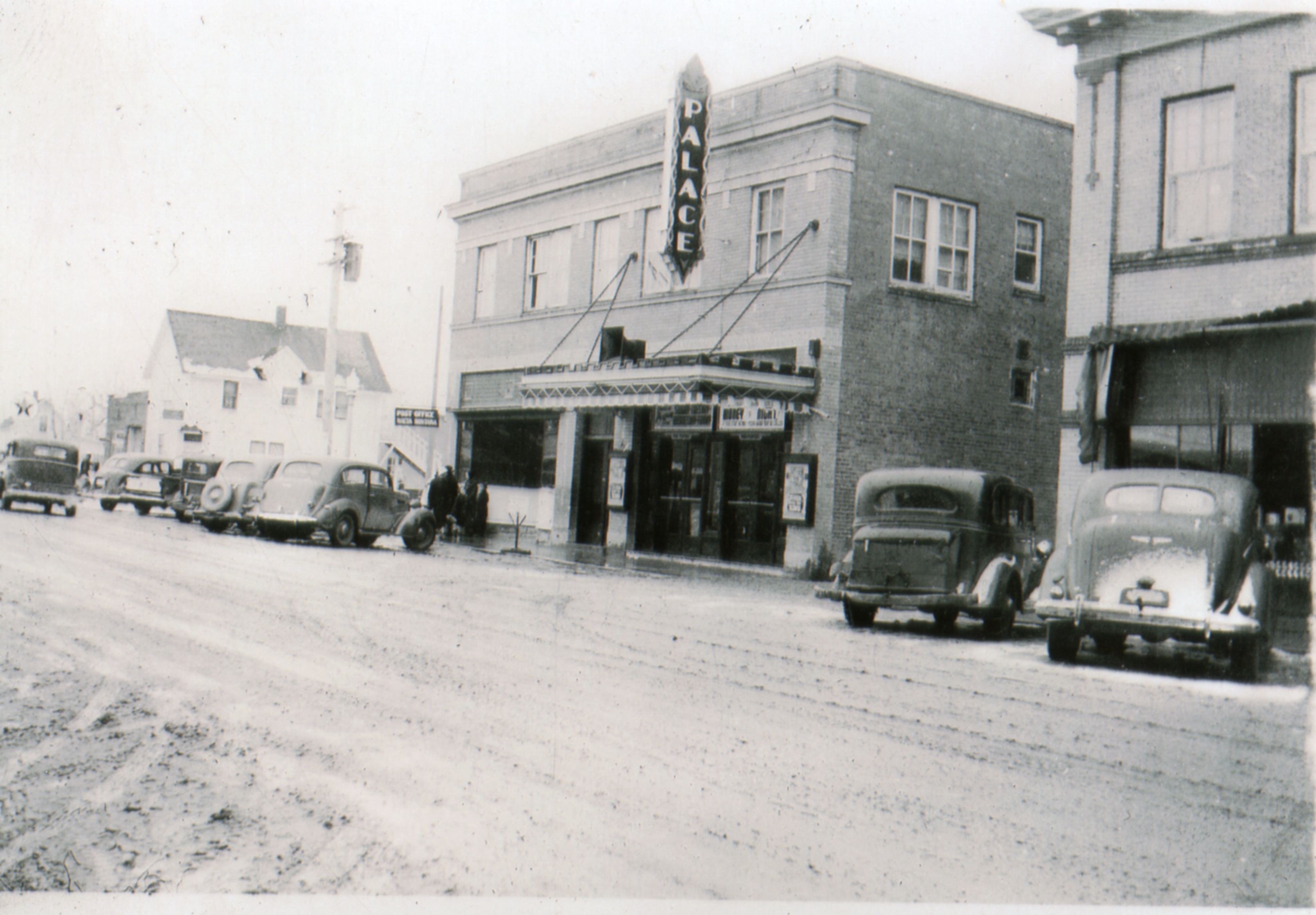 Strolling the streets of Malta a visible reminder of yesteryears is the Palace Theatre marquee.  This theatre building built in 1916 remained in operation until 1955 when the Villa Theatre was constructed one half block south.  Colorful stars such as Gene Autry, James Stewart, Joan Bennet and John Wayne thrilled the citizens of Malta each week when they attended the flickers.

Movies were not only shown but produced as well in Phillips County.  In 1916, Hollywood found Phillips County when a native ranching family, the Coburns, were involved in the production of the “Sunset Princess”.  Wallace Coburn not only wrote a portion of the script but also starred in the film.  Portions of the film were shot in south Phillips County.  Released in 1918 the film debuted in Malta followed by a nationwide booking. 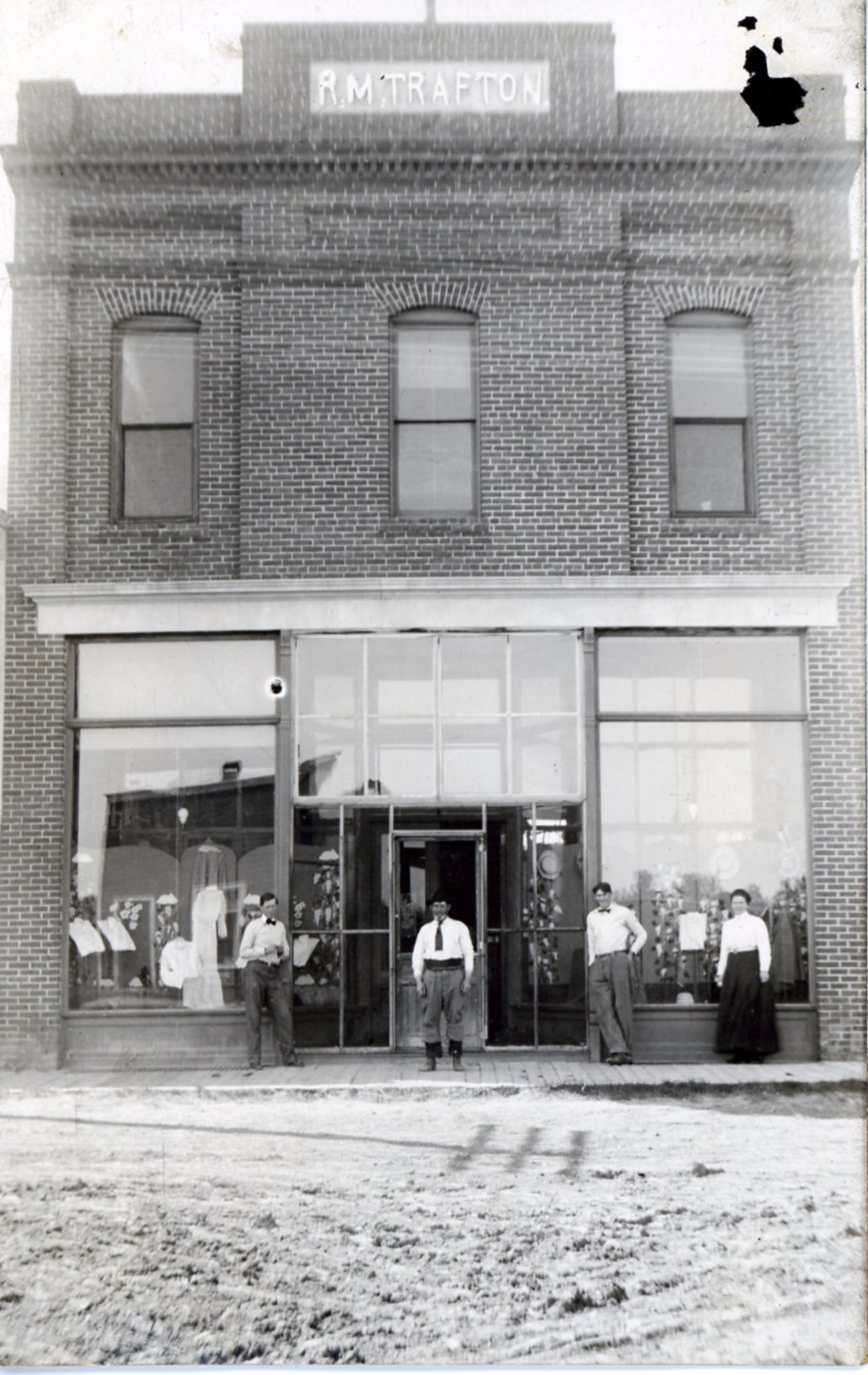 The Trafton Door Company lettering can still be seen on the east side of the tall building that Robert Trafton erected in 1902.  Trafton was one of the first residents of the area.  Following railroad crews through the area in the late 1890’s, Trafton noticed the large piles of bones left over from mass buffalo hunts.  Knowing the great need for bones to be used in fertilizer Mr. Trafton’s entrepreneur spirit sprang to life.  With the help of Native Americans the buffalo bones were brought to the railroads where they were placed on trains to the Midwest.  Using the profits Trafton established a trading post west of the present day site of Malta which he later moved to the newly established town of Malta.  The first building at this location was a framed building then in 1902 the present day brick building was constructed.  Bricks for the store came from a brick house that operated east of Malta.    Robert Trafton was a generous benefactor to Malta, donating land for churches, parks, library’s, courthouses, and other worthy causes.

A quote from Walt Disney says “All our dreams can come true if we have the courage to pursue them.”  The Malta’s Women Club of 1916 proved this to be true.  Reaching out to the local paper, The Enterprise, the women presented their dream to erect a town Library.  Citing the Carnegie Corporations’ willingness to pledge $15,000.00 they asked for land to be donated for a library site.   One of the cities founding fathers, Robert Trafton, graciously deeded the land to the county and the dream took root.  On February 3, 1917 the Carnegie Corporation granted the money and construction began.  When finished the building was one of the most ornate libraries built with Carnegie funds.  Quite an achievement for a small town with a population of only 433!   Thanks to the women’s club who had the courage to pursue a dream Malta had a cultural center that was in use for many years. 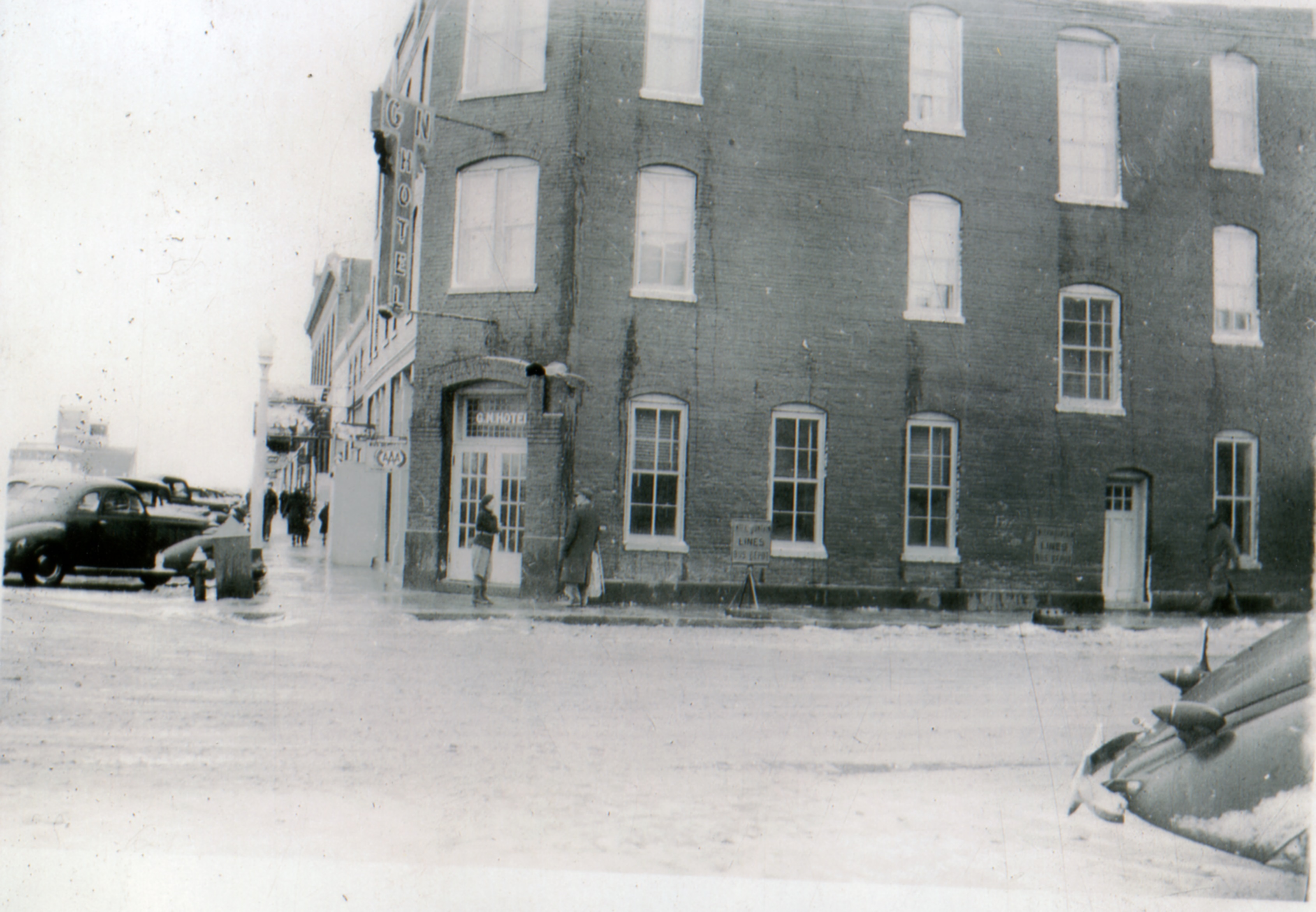 The Great Northern Hotel, acclaimed one of the finest hotels in Montana, was constructed in Malta in 1903.  Offering rooms, dining, and “spirits” the hotel quickly became a community hot spot.   Cowboys such as Kid Curry were known to grace the stools in the Great Northern Bar.   An extended row of wooden chairs were strategically placed in the lobby near the large north side windows affording guests and visitors not only panoramic views of the town’s activities but the opportunity to “kibitz” with one another.  These chairs were never vacant.

Many travelers and locals took advantage of the housing offered at the Great Northern.  Ranch wives and families often moved into the hotel during Montana’s harsh winters allowing the children an opportunity to attend school during the cold months.   Sadly on February 28, 1971 a fire destroyed the original hotel.  However, in 1973 construction began and a new “Great Northern” rose from the ashes.   Today the hotel continues to be a destination point for travelers in addition to providing facilities for many community gatherings. 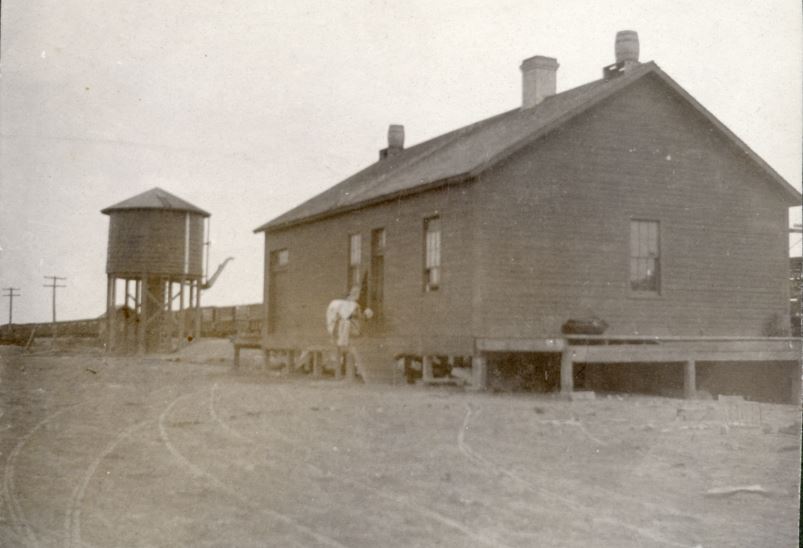 Railroad executives gave the name Siding 54 to a stop in north central Montana.  Siding 54 was located close to the Milk River and the beautiful prairies that stretched for miles.  Those same railroad executives spun a globe and randomly placed a finger down on the island of Malta and from that point on Siding 54 was known as Malta.   Early trains brought Homesteaders from the East and returned with loads of buffalo bones, cattle and sheep bound for eastern markets.  Amtrak still stops in Malta each day of the week to pick up passengers although the train station now is unmanned.

The plaque on the outside of the Hardware Hank building tells us the original brick building was constructed in 1939.   The Safeway Grocery Chain was the first business to occupy the building.  The citizens of Phillips County were happy to see the grocery chain arrive in town and give them the opportunity to purchase items such as two grapefruits for 25 cents and three pounds of coffee for 35 cents! Today the building provides the community with hardware supplies needed for daily living. 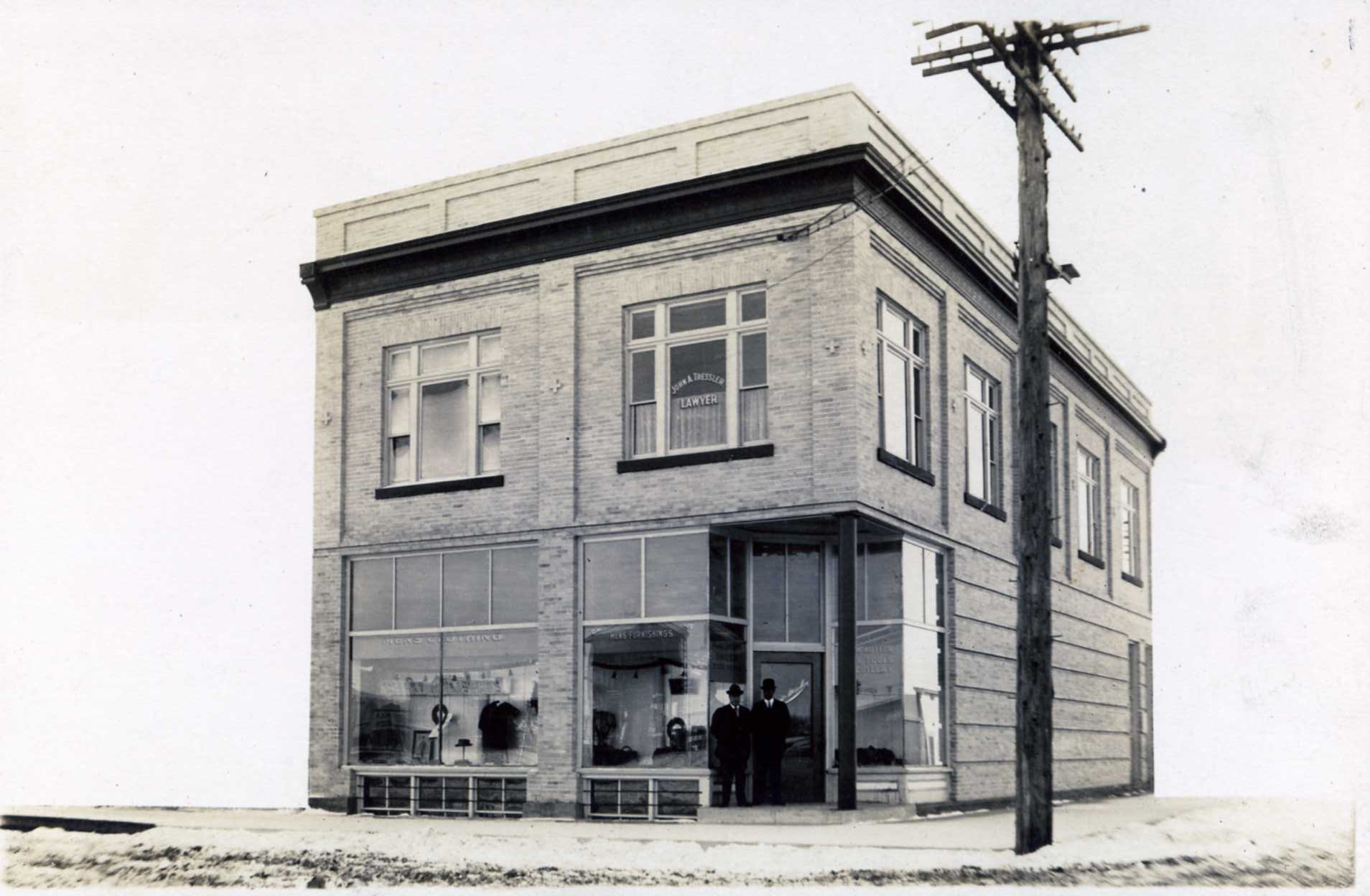 Defying the sands of time the Edwards-McLellan building is still as beautiful today as when it was first built.  The inside of the building has the original beautifully grained wood shelves that stretch from floor to ceiling. A slide ladder, dating April 20, 1897, slides back and forth along the wall helping to reach the upper heights.  Glancing upward one might notice a small hole in the ceiling.  The tale of the mishap is straight from the old west.  A customer had come into the store and ran in to some his old buddies.  Having a brand new shot gun he was only too happy to show it off and in his exuberance shot a hole in the ceiling.  That hole has graced the ceiling in the Edwards and McLellan building ever since. 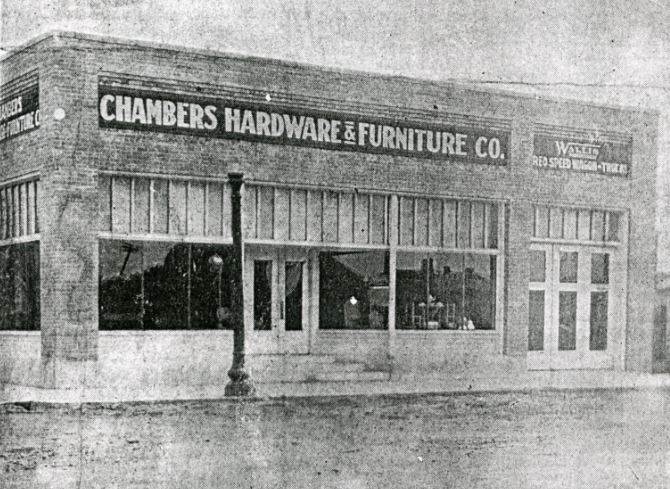 In 1917 the brick and concrete building known today as Stretch’s Pizza was constructed by Chambers Hardware.  The Chambers Hardware Store had existed at this location since 1905 but now had a building that represented their status as a major part of the Malta Business Community.  Some of the items the store stocked in 1917 we recognize today.  Buy “Sealy Mattresses” “guaranteed to not become bumpy or uneven like the old rope and straw beds.”  Another recognizable name was Sherman Williams paint “guaranteed to have years and years of use.”

Competition was the name of the game – and the Chambers Hardware Store was not afraid to take on their competition – their slogan “Walk a Block and Save a Dollar” was well known to their customers and poked a little fun at the nearby stores.  The basement of the Chambers Building had a unique clientele from 1905-1917.  There was a ramp going down into the basement and for a fee cars could be stored during the winter!  Was this the beginning of the storage units of today/  Today there aren’t  any cars being stored inside the building but  what can be found is the tantalizing smell of freshly baked pizza.

The building today known as Lloyds Auto Supply is a historic landmark in Phillips County.  Originally it housed a hardware store, a machinery dealership and was known as the Malta Mercantile.  Phillips County women bought wedding presents in the front of the store while the men bought parts for their John Deer tractors in the back!   John Deere Day was a one of a kind celebration for the community and it was hosted by the Malta Mercantile.  The town’s population swelled to twice its size on John Deere day with a free lunch, prizes for young and old, and free movies related to new farming equipment.  Serving Malta since 1929 the building continues to be an integral part of our lives.

The state of the art funeral home sitting at 2nd St E was built in 1978.   Owner Gary Adams ran the business until 2008 when Greg Kirkwood purchased the building and in 2009 it became known as the Kirkwood Funeral Home.

Malta’s first undertaker was known as  Roscoe “Rock” Tucker.  Arriving in Montana in the late 1890’s Mr. Tucker began a nonprofessional undertaking service.  Having a measure of success in 1908 Mr. Tucker decided to make the business his life’s work and established Tuckers Funeral Home.   What a far cry from today’s limousines was the sight of his horse drawn hearse as it passed through the streets of Malta. 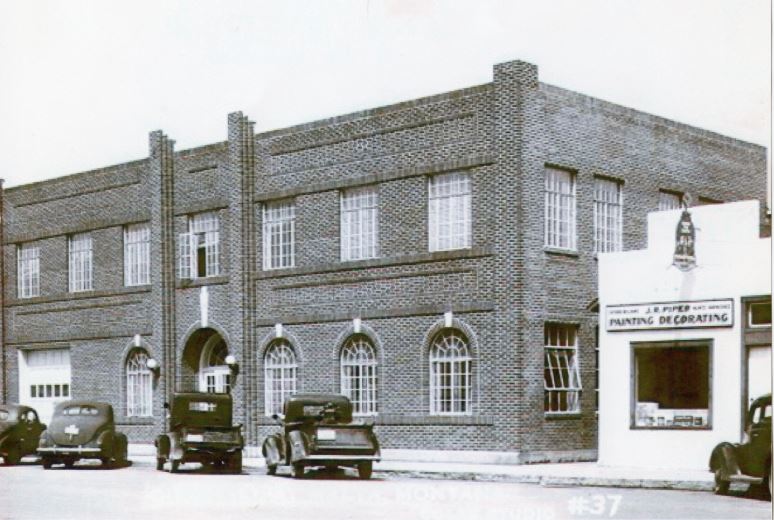 In August of 1937 a large crowd gathered at the newly constructed City Hall for its dedication.  At the dedication it was noted that this was truly “a co-operative enterprise.”   The local citizens participated in the cost of construction by accepting a bond issue, the school board purchased comfortable seating and a beautiful curtain for the stage, the local fireman added a second story to the front of the building, the Federal PWA furnished a 45 percent grant,  and the land the city hall stands on was donated by John Servant and Fred Robinson.  Like all building enterprises the final cost did exceed first estimates.  The city sponsors had to spend in excess of $4,000.00 over the original estimate of $40,000.00 to see the completion of the building.   The brick building has withstood the test of time and still opens its doors to the people of Phillips County for its celebrations.

Thank You For Visiting! 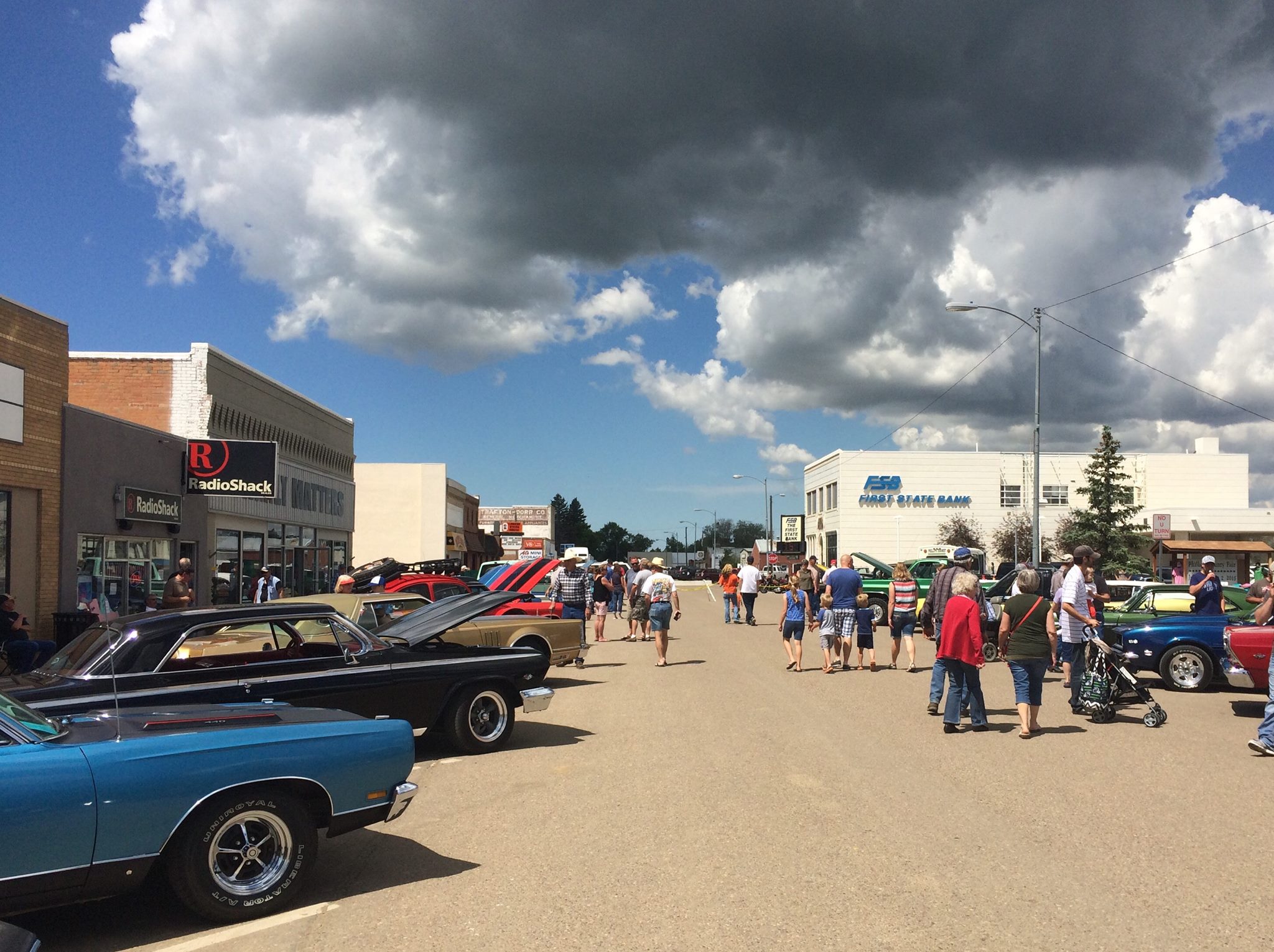 Thank you for now.   We want to thank the Art Spot for helping us design the tour.  For more information on area history visit the Phillips County Museum.  Bye now!